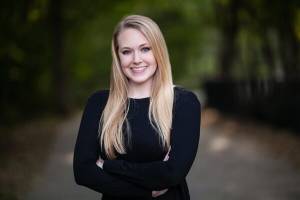 Megan Jones began dancing at the age of 3 and continued her dance education by moving to The Dance Authority for its opening year in 2001 at the age of 5. She joined TDA’s Competition Team at the age of 12 and continued dancing competitively until she graduated in 2014. Megan has been trained in Jazz, Ballet, Lyrical, Contemporary, Tap, and Tumbling by the many teachers of TDA. Megan has taught at True Dance & Company in Lincoln, but looks forward to returning and teaching at The Dance Authority. She is now enrolled as a sophomore at the University of Nebraska-Lincoln completing Pre-Health courses and plans on attending UNMC’s Nursing Program in Omaha for the Fall of 2016. Megan is excited to be part of the TDA staff and share her love of dance with other young aspiring dancers.

**Must be a member of the Competition Team